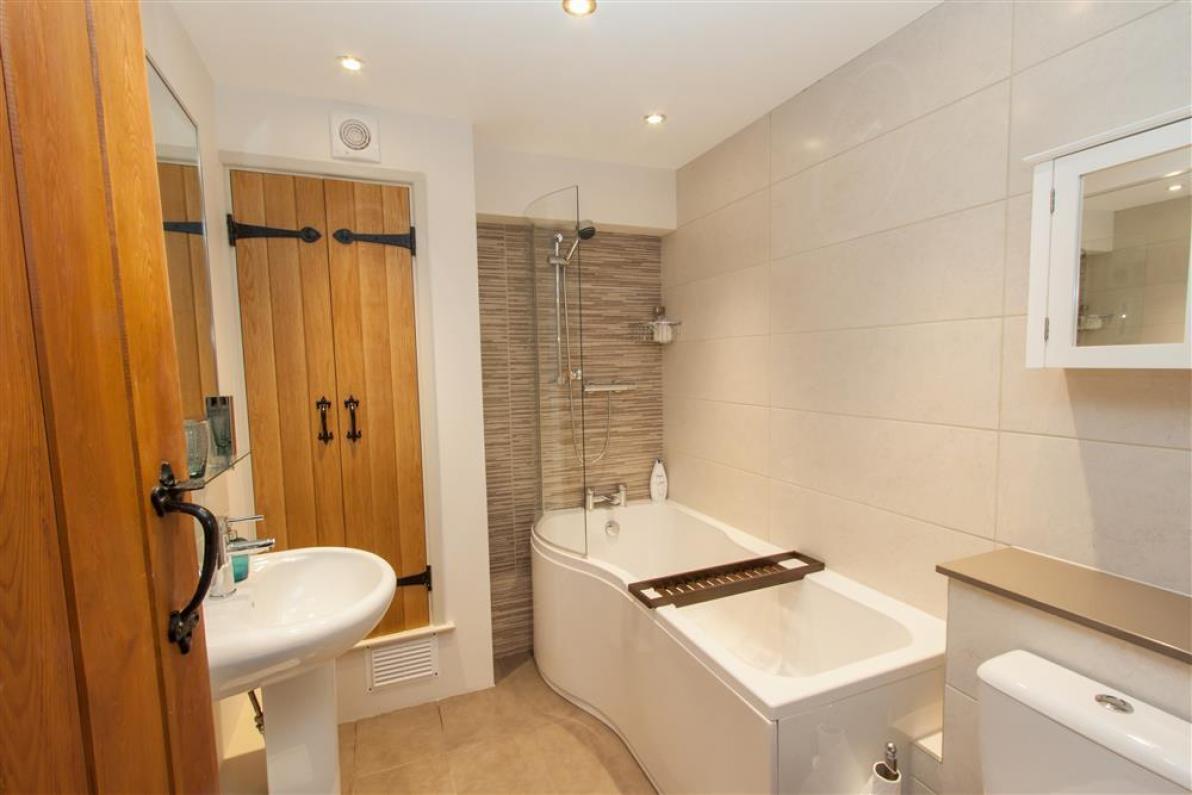 The most apparent symptoms of Obsessive Compulsive Disorder (OCD) are cleaning and washing rituals. This OCD type is defined as continually involved in different decontamination acts. The kind of people who rinse and wash can either be of two categories.

The first one is those people who try to avoid being harmed or harming others. On the other hand, the second category is those who are not worried when about contamination but feel uncomfortable with the thought of being contaminated by certain substances.

For people who experience OCD, they practice certain rituals and have compulsions which are usually due to fear of bacteria and germs, diseases, contamination and other illnesses. Compulsions and rituals are the other significant features of OCD. People with OCD have rituals and needs because it decreases the anxiety taken on by obsessions and attempts of reducing, avoiding and preventing of particular dreaded outcomes from happening.

Here are some examples of the typical bathroom rituals and compulsions people with OCD have.

One of the daily tasks of every person is to hand wash. People wash their hands when to get rid of dirt, disinfect, and remove germs and bacteria. Despite being a big bathroom task, people with OCD have a specific sequence, rhythm, and order when washing their hands.

Some people affected with OCD count when washing their hands. Others feel the need to clean multiple times depending on a specific number. When interrupted, the person tends to repeat the sequence to have a sense of the proper performance of hand washing.

Sometimes, persons diagnosed with OCD may justify that they are performing these rituals for hygienic reasons. In contrast, the real reason for these ceremonies and compulsions is to decrease the various feelings of uneasiness, uncertainty, misery, and vulnerability.

Sometimes, hand washing results to cracked, reddened, and dry skin depending on the frequency and intensity of the hand washes. In severe cases, hand washing can lead to scarring, bleeding and skin damage. A person who has OCD will keep washing his or her hand continuously until his or her anxiousness has lessened.

People who have experienced OCD admit to taking long and frequent showers. One woman named Lauren even said that she had five showers in a day which lasts two hours each. Often, they shower with scalding hot water. The water is intentionally boiling the water in hopes of reaching antiseptic temperatures.

Showers and baths have a routine which depends from person to person. Some do so upon reaching their homes; others prefer to take a shower after going to the toilet and having a bowel movement.

What is consistent with people who have OCD is the behavior of following a specific order or sequence when taking a bath or showering. The routines came to be because of the idea of not contaminating their other body parts. Also, individuals tend to wash only specific body parts in multiple sessions while others entirely avoid touching their body parts because they are afraid of contamination.

When it comes to drying, some people dry their body in a particular order. Others don’t want to use towels and let the air naturally dry their bodies because they are afraid that the cloth will spread contamination all over their body. Several individuals use hair dryers to dry all corners of their skin because they think that moisture will result in the increase and growth of bacteria and germs.

When cleaning their hands, some people slowly turn off the tap to keep their hands clean and decrease contamination.

For people who have OCD, toilet behaviors can be stressful because of the fear of contamination from body wastes such as semen, feces, urine, and others. Because of this belief, many individuals use huge amounts of tissue and toilet paper to wipe themselves. Most of the time, this scenario leads to skin abrasion and bleeding due to excessive wiping.

The skin around the private parts and anus has a hard time healing because people with OCD repeatedly wipe themselves when they use the toilet. Some people go to the extreme of wearing gloves or holding their breath to avoid direct contact and inhalation of feces or urine. Other people experience emetophobia which is also known for its typical name as “vomit phobia.” These types of people go to great lengths so that they can avoid feeling ill and becoming nauseous.

The recent fame of bidets has helped decrease the need for people with OCD to take extreme actions regarding toilets. A bidet features air dry and washing of genitals and the anus after using the restroom. It helps people with OCD feel less anxious and relieved with all that a toilet seat bidet has to offer. To get a bidet of your own at an excellent price, check out Bidet Genius.

4. Other bathroom rituals and compulsions

Since the bathroom is not only composed of the toilet and showers, people with OCD also experience the excessive use of disinfectants, cleansers and hand sanitizers which has antibacterial agents. During bathing, rituals include using fresh towels for every shower and avoid reusing. Another is shaving such as shaving in the same area, reapplication of shaving cream and checking for symmetry when shaving.

Also, people with OCD mostly have compulsions of excessive brushing of teeth which may lead to bleeding of gums. So does frequent wiping of hands-on towels or wipes is another compulsion. Sometimes, they also feel the need to clean their body with very harsh chemicals.

In summary, people with OCD have a hard time when it comes to using the bathroom. A lot of the rituals and compulsions that they have can cause harm to the body. Most of them spend a lot of hours in a day hogging the bathroom all to themselves while their family members waited. From excessive bathing, tooth brushing, wiping, hand washing and more, OCD has resulted to bleeding, scarred skin, abrasions, and a lot more.

Walker is the guy behind BidetGenius. Aside from introducing bidet seats, Walker is also a home improvement and health blogger. He aims to contribute to bloggers to spread awareness on bathroom-related issues and tips.

Previous PostAnxiety issues at workplaces in the UK
Next PostExpect 100% Effective Result From The Best Fa...